Finding his voice and a new path forward

After suffering two strokes at the age of 25, Sandro François got back on his feet— morally and physically.

On May 17, 2010, my life was turned upside down. This was the day I had my first stroke, followed by a second one barely a month later. I was 25 years old and my dream was to become a professional wrestler. And then, in a heartbeat, I learned that I would never walk again.

My path toward rebuilding my life started with my stay at the Institut de réadaptation Gingras-Lindsay-de-Montréal, from October to December 2010. This is when I understood that I would have to work very hard to relearn things as simple as talking, reading and getting from place to place. This all became possible thanks to a devoted team of professionals: a physiotherapist, an occupational therapist, a nutritionist, a speech therapist, a social worker and a specialized educator.

At first, I avoided talking to people because I was so embarrassed by my difficulty speaking.

Finding solace in the pool

After that, I received care for two years at the Centre de réadaptation Lucie-Bruneau. Here again, I could count on various specialists. In addition to two who were already involved in my process, I benefitted from the expertise of many others: a kinesiologist, a psychologist, a neuropsychologist, a psychiatrist and a sexologist. It was at Lucie-Bruneau that I experienced the greatest relief during this difficult period—the time spent doing physiotherapy in the pool.

Since then, I’ve stayed in touch with Ève, a speech therapist. She helped me to accept the change in my spoken voice, which has become completely different from the voice I used to have. Sometimes, I visit Lucie-Bruneau, because it raises my spirits to see the people who helped me there.

Without these devoted rehabilitation professionals, I would not now be able to express myself so easily or walk without assistance. To mark the 10th anniversary of my stroke, I took up the challenge of walking 10 kilometres in May!

Thanks to Gingras-Lindsay and Lucie-Bruneau, I’m no longer afraid to speak and I can now work on myself and continue the progress that I was able to make with my team of experts.

Now I’d like to share my story because I feel it’s my duty to help improve the services offered and, above all, to help others get through a very difficult period in their lives. 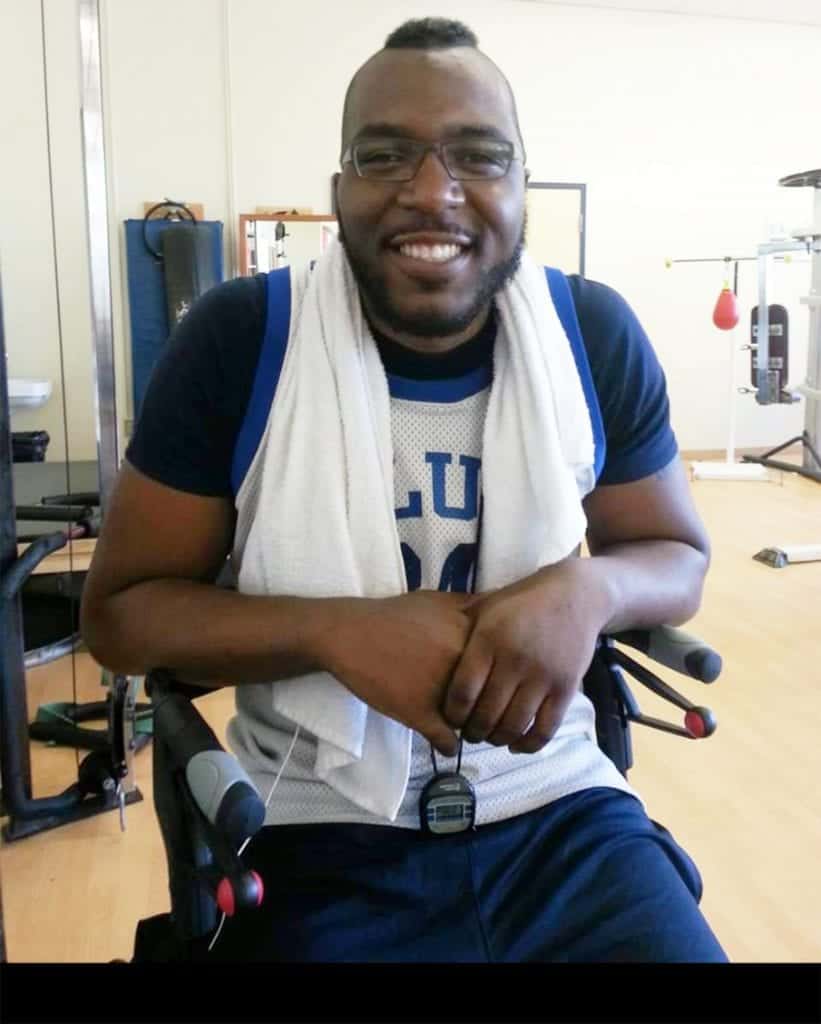 The victim of an unexpected tragedy when he was in his early twenties, Sandro François turned his situation into an inspiring story of courage and determination.

« From the bottom of my heart, I wish to thank the specialists who helped me. The way they worked with me was nothing short of outstanding, and it’s thanks to them that I can now offer others advice and share my story. »