This is how a rehabilitation expert changed my life

Many years ago, at the age of four, I got poliomyelitis. I was immediately sent to Hôpital Pasteur (which no longer exists), in Montréal. For nine months, I was paralyzed from the neck down. No one knew if my body would ever return to normal. Four months later, I was able to move one index finger. Then I received intense physiotherapy for two and a half months. The outcome? They were able to reactivate my arms, but not my legs.

I was lucky to be treated by THE rehabilitation specialist in Québec at the time, Dr. Gustave Gingras. In fact, the Institut de réadaptation Gingras-Lindsay-de-Montréal is named after him. This doctor changed my life and taught me that nothing is impossible.

Another time, another way of life

Since my family was living in a region where there were no rehabilitation services, my mother looked after everything. Around the age of five or six, my first corset was put on to support my spine and alleviate my back pain. The orthotist Camille Corriveau, a leader in the field in Québec and Canada, created the device as well as all the other corsets I would wear for the next eight years.

Without the use of my legs, I was confined to a wheelchair. My parents couldn’t afford to pay for it, and public health insurance didn’t exist in Québec back then. So the Canadian Royal Legion gifted it to me. At the time, it was not unusual for charitable organizations to provide equipment to people with disabilities.

Schools were not adapted for children in wheelchairs. So I had to take special classes. But Dr. Gingras convinced my parents to send me to school. In his mind, there was no reason why I shouldn’t be educated like other children and lead a normal life.

At a time when people with disabilities were dependent on society, Dr. Gingras was convinced that it was possible for them to reach their full potential with the necessary tools to allow them to live like other people. His philosophy became my own and thanks to him I believed in my abilities and strengths. I went to university, got a degree in law and another degree at Montréal’s HEC, got married, and had a family.

“Never give up and always focus on the skills you still have instead of the ones you’ve lost,” Dr. Gingras would often say.

Over the years, I’ve had three surgeries on my spine, including one to insert a metal rod, which served me well for 20 years. But after that, I started to feel intense back pain.

I had to have surgery again. After a month in the hospital, I was admitted to the Institut de réadaptation Gingras-Lindsay-de-Montréal so that I could regain the muscle strength I needed to be independent.

The care was intensive, but extraordinary. I’d like to thank the team at the time for giving me back my independence.

Your donation to the REA Foundation helps patients overcome what seems impossible and allows them return to a functional life.

Marcel Gauvreau
Suffering from poliomyelitis since the age of 4

Camille Corriveau founded and headed the École de prothèses et d’orthèses du Québec. . He also founded the Canadian Board for Certification of Prosthetists and Orthotists, and was devoted to promoting research, evaluation and education in this field. Between 1957 and 1982, he was head of the prosthetics and orthotics lab at the Institut de réadaptation de Montréal.2 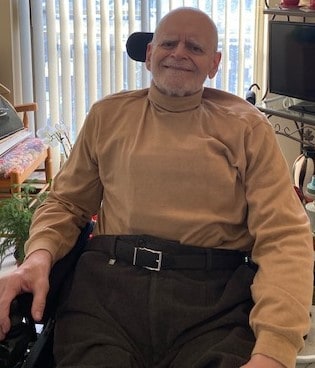 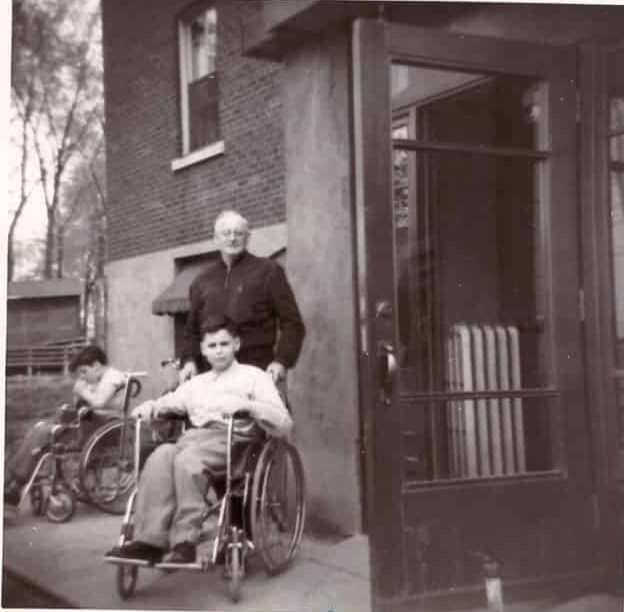 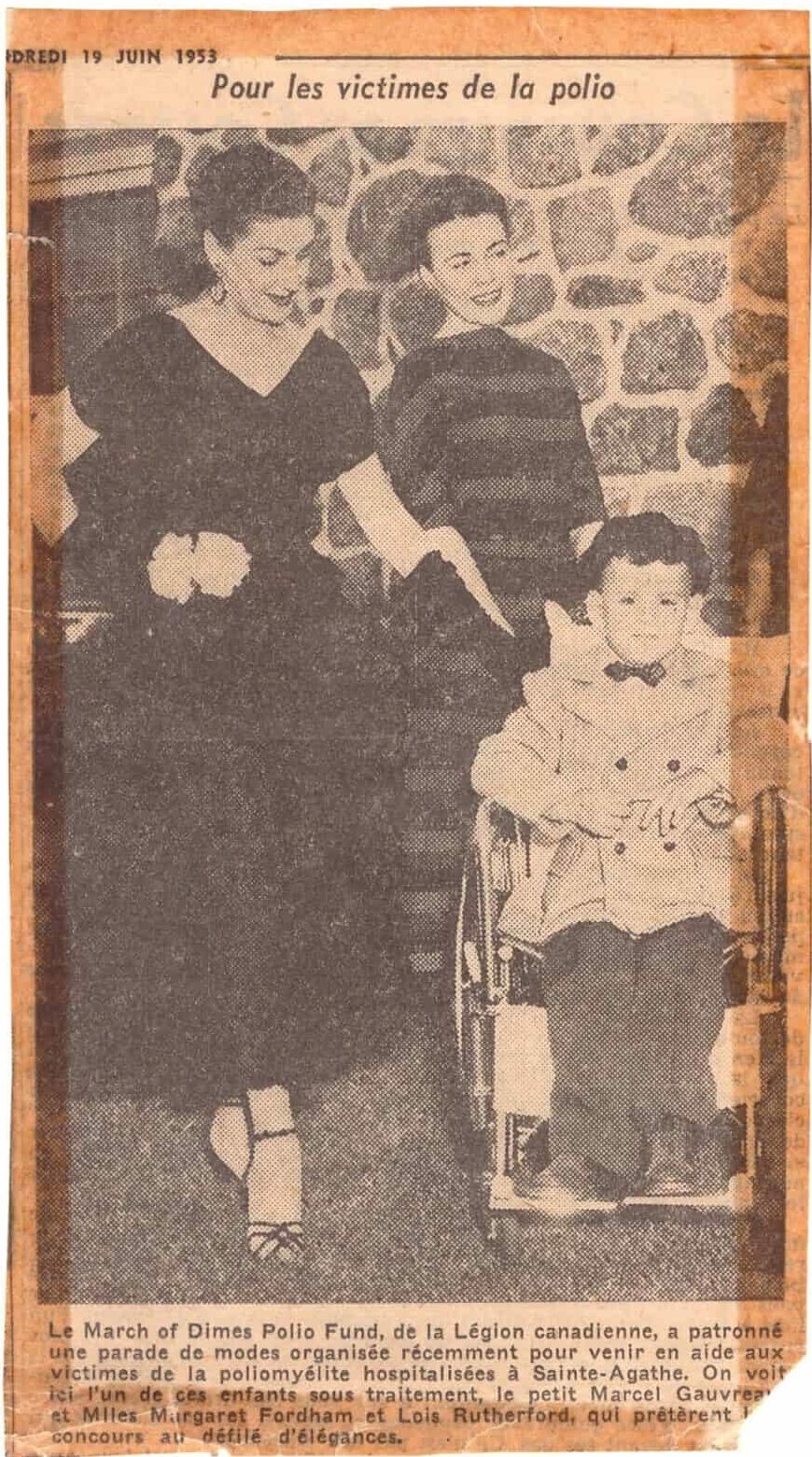 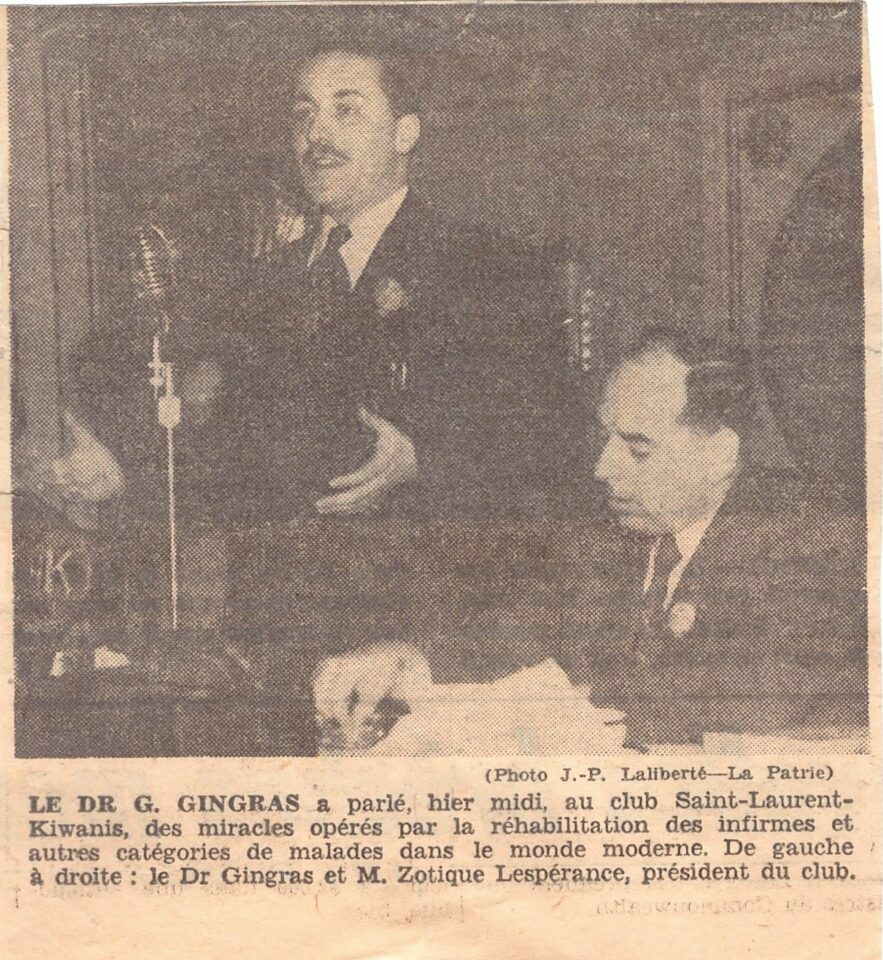