Impelled by the motivation of nine professionals

Vadim Korenblit found his way back to a normal life after a stroke and coma.

I’m Aron Korenblit. The story I’m going to tell you does not end in tragedy or death. It’s not about superheroes as such. Only ordinary people with tranquil, well-ordered lives. This story is the story of my father, Vadim, and my family.

In the fall of 2012, I was living abroad as an exchange student. One night, my phone rang. “Aron, get on the next plane to Montreal. Your father is having surgery for a brain haemorrhage. He’s had a stroke and his life is in danger.”

When I arrived, he was in a coma and his condition was stable. The doctors could not predict what condition he would be in when he woke up. They told us that the future might be bleak, but that some kind of future would be possible.

After a month in a coma, my father finally woke up. His left side was completely paralyzed. He was struggling to speak but was unintelligible in his mother tongue, Russian. He had lost his French and English . I tried in vain to understand what he was saying.

My family and I were left wondering: What do we do now?

« He was struggling to speak but was unintelligible in his mother tongue, Russian. He had lost his French and English. »

That’s when the physiotherapists, occupational therapists, neuropsychologists and nurses of the Institut de réadaptation Gingras-Lindsay-de-Montréal (IRGLM) entered the scene. My father’s long stay in rehabilitation had begun. Each day, from morning to night, he was taken into the care of these professionals for three to five hours of therapy: relearning how to get dressed, eat, speak, walk. In other words, relearning everything he’d lost.

I followed him for two days at the IRGLM. The employees were not kidding around. Every session focused on improving a different aspect. By 4 p.m., once the day of therapy was over, he was worn out—mentally and physically. It was time for a nap.

« The therapy: relearning how to get dressed, eat, speak, walk. In other words, relearning everything he’d lost. »

Despite the language barrier and fatigue, he worked relentlessly. He and his team of nine professionals shared the same incredible determination. Their goal was to help my father walk out of the IRGLM on his own two feet and regain his autonomy. For them, nothing was impossible. After a few months, he took his first steps on his own with a cane and spoke his first intelligible sentences.

Six months after he was admitted, he left the IRGLM without a wheelchair and with newfound independence. Today, he’s completely autonomous and has rebuilt his life.

Without the IRGLM, his life and ours would have been very different. I cannot find the words to thank the experts who took care of my father. I guess there were superheroes in my story after all!

Thanks to your donations to the REA Foundation, people like my father will be able to find their way back to a normal life.

« Today, he’s completely autonomous and has rebuilt his life. »

Aron Korenblit
Tells the story of his father Vadim, victim of a stroke – 2012 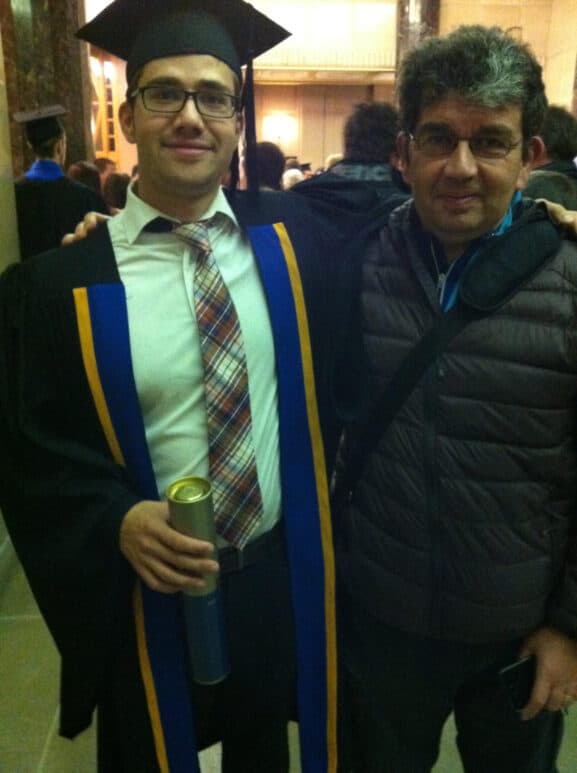